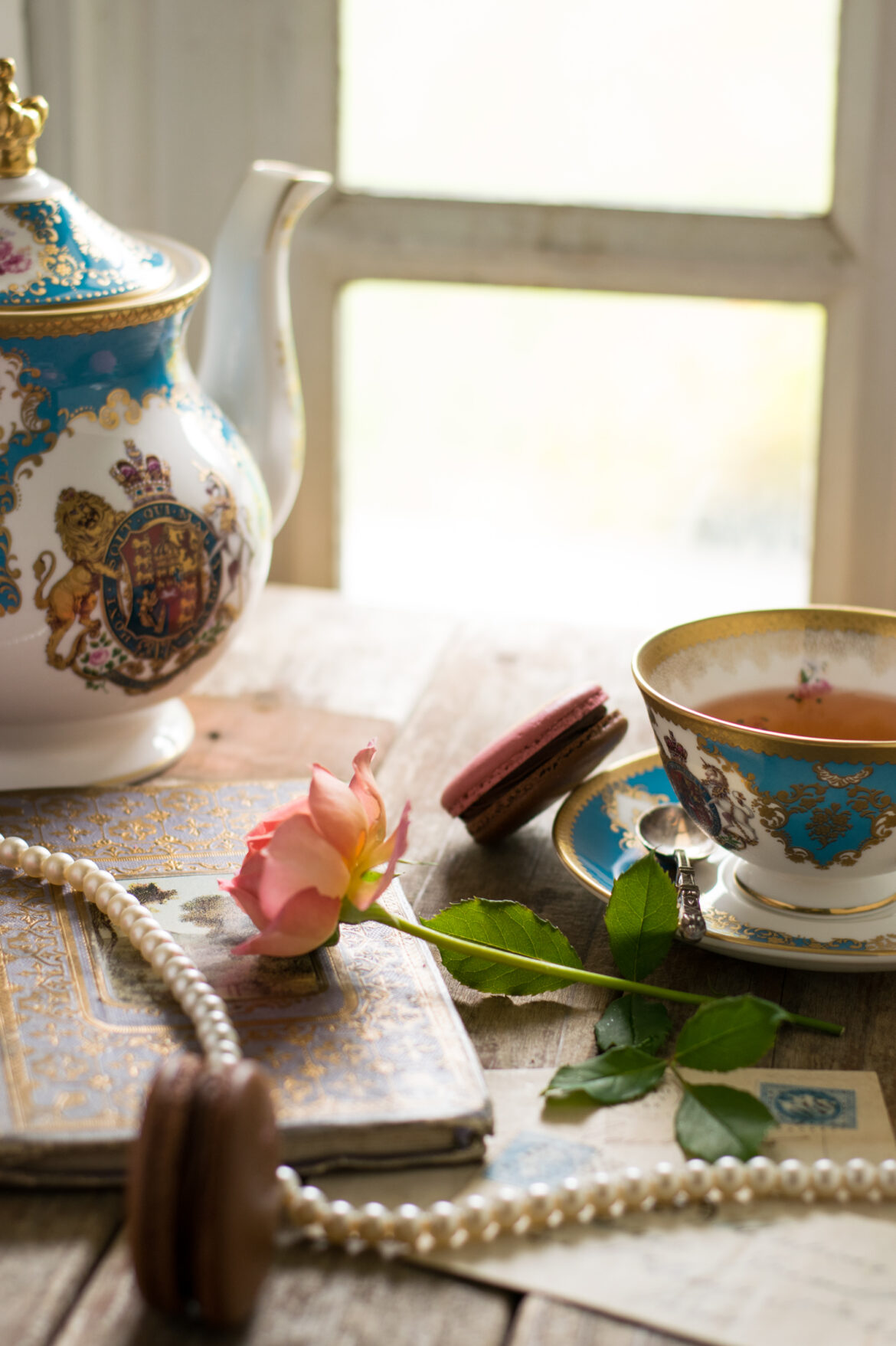 My Pennsylvania grandparents didn’t talk much.

That’s not to say that they didn’t communicate– far from it.  They just found words to be superfluous. 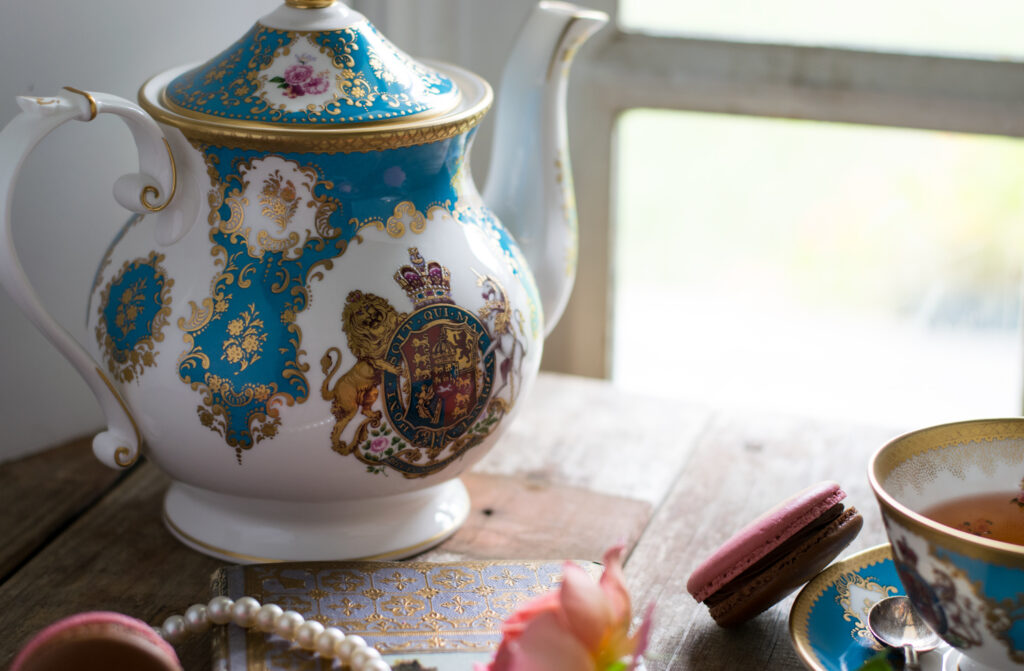 One word that they did use more than most was “Hmm.”  I learned that hmm had many meanings– some of them were happy, and some of them warned that you better get out there and do a better job before “Hmm” turned into “HMMMMMM.”

Once, my grandma asked me to weed the garden.  It was hot out.  I was nine.  The cool creek beckoned.  I slithered as quickly as I could through the rows, the sun beating down on my back.  I could feel the sweat trickling down my back as I grabbed the weeds that were clearly visible, but I skipped underneath the leafy plants, like beans and tomatoes.  Those weeds didn’t show anyway.  It couldn’t matter THAT much, could it?

After a few minutes I was done and congratulated myself on my cleverness, the cool creek so close I could almost feel it quenching my hot, sweaty body with its ice cold, mountain fed water.  I headed out of the garden patch, shedding my hot shoes and socks and racing toward the swimming hole.  Gram called from the porch.  “Are you done with the garden already?”

“Let me take a look first,” she said.

Uh oh, I thought, halting in my exuberant tracks. 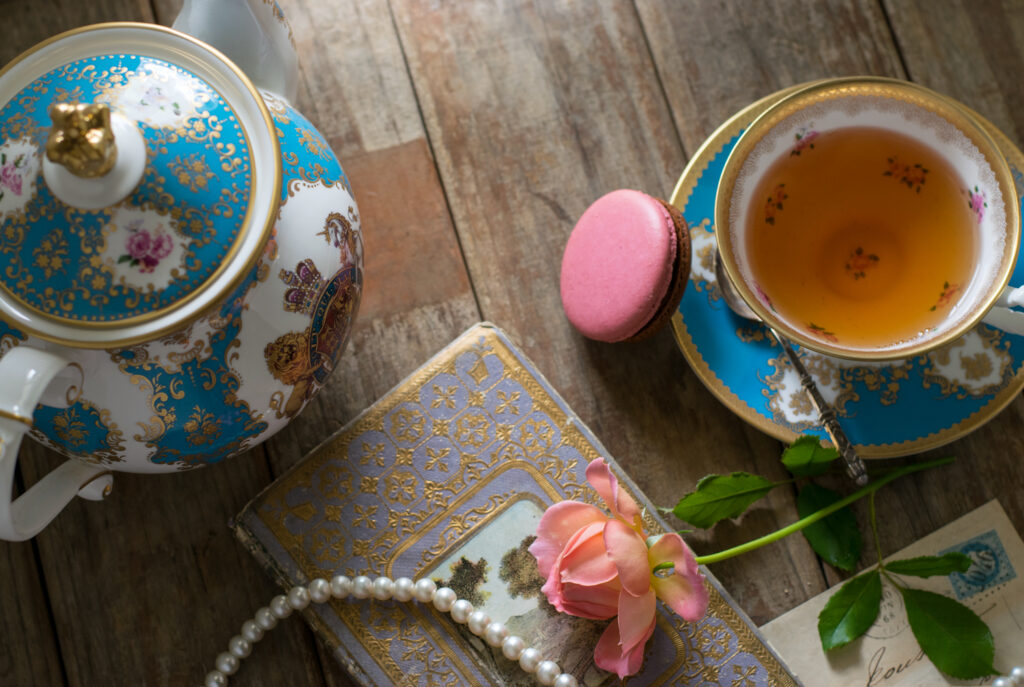 She walked out to the garden, drying her hands on a dishtowel.  She stood there quietly gazing at my half-weeded rows.  I stood silently beside her.  She moved toward the beans.

She moved aside one of the plants, revealing a robust, healthy crop of weeds underneath.  She looked at me.

Her eyebrow raised.  “Hmmmmm,” she said.

I went back to weeding. 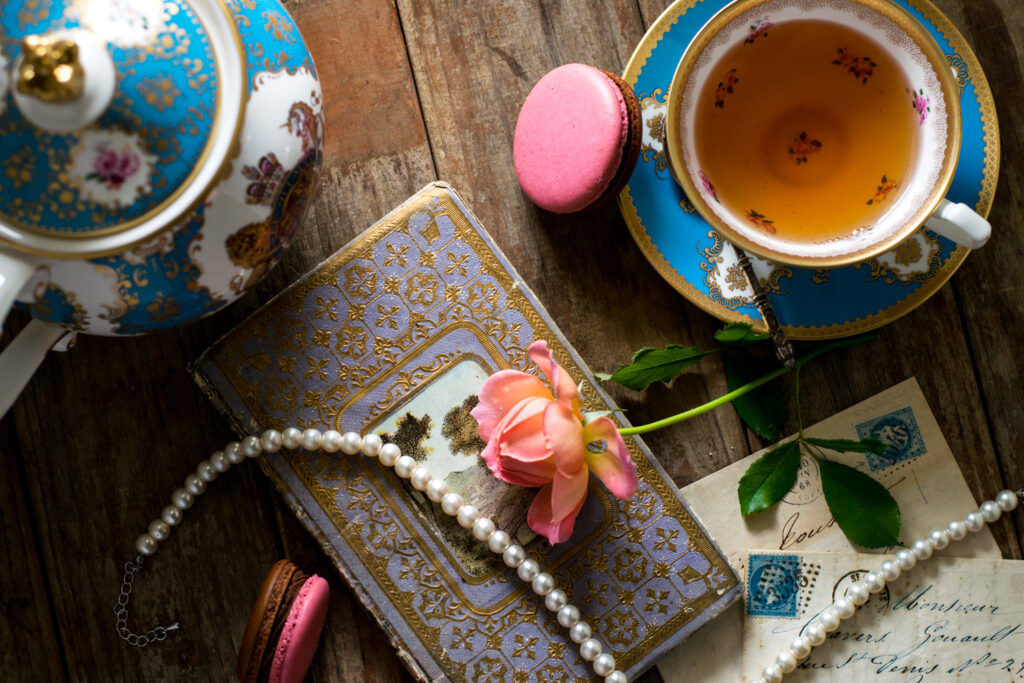 I remember hearing cars trundle up the long, gravel lane.  You could hear them long before they got there– the first crunch of the gravel under old farm truck tires announcing that you had a visitor.  Sometimes Gram already had a piece of pie cut and sitting at their place before they even came in the door because she had heard that advance warning of their arrival.

“Looks like it’s gonna’ rain down in the valley,” the visitor would say.  “We sure could use it.”

“Hmm,” my grandpa nodded, swallowing the last bit of his coffee.  Gram would fill it up without his even asking.  They understood each other.  Words were not necessary. 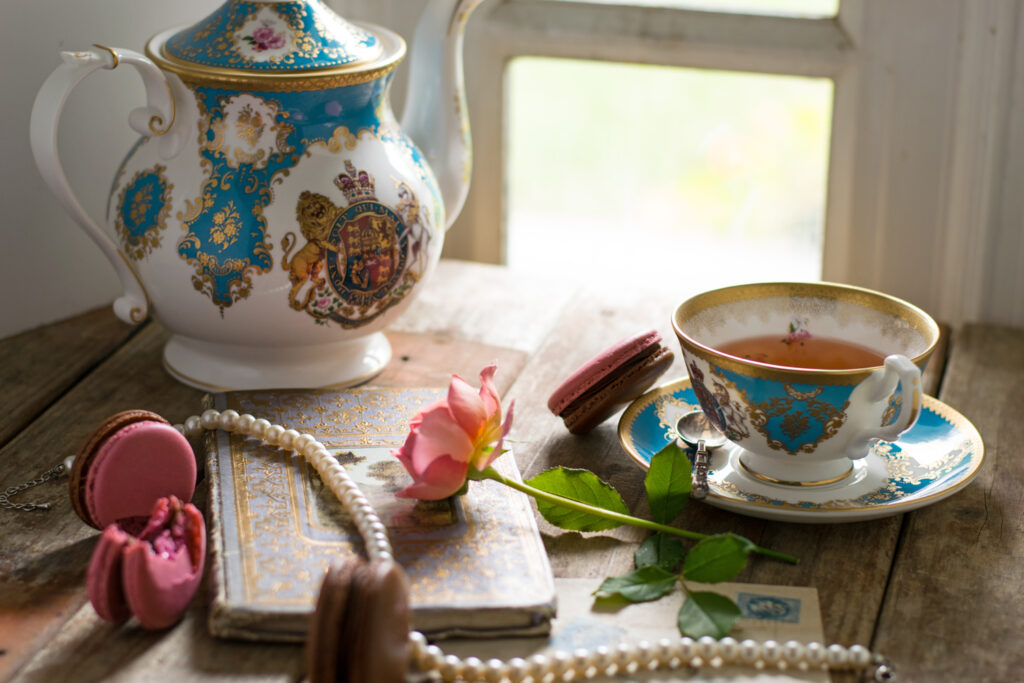 Hmm could be soft and tender, too.  I didn’t know it, but my freshman year of college was to be the last year I had my grandpa around.  I loved him dearly, and to this day, the thought of his loss makes me wince and tear up.

One of the most special memories I have of our last days together, though I didn’t know it was a last moment at the time, happened one summer evening.  We had worked hard all day.  Pap told me that it had always been his dream to have his barn painted red, and we worked on it all that summer, painting every barn, every outbuilding, every shed, with just a paintbrush and a can of red barn paint.  I’m still proud to this day that he got to see that job finished before he passed away.

It had been a long, scorching hot day.  We were both exhausted and sitting on the back porch swing, creaking softly and just enjoying the coolness of the night.  The lightning bugs were winking around us.  The bugs chirped noisily. The creek babbled over the little stones and giggled away into the night.  The moon began to wink over the mountain. 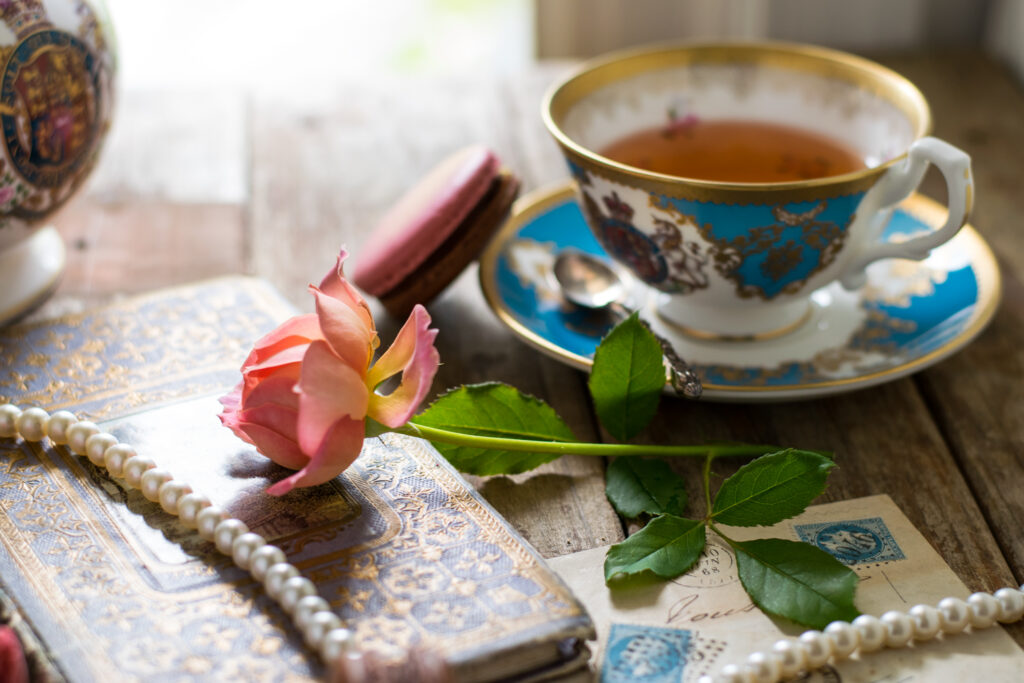 “I really miss you when I’m away at school,” I said.  “I think of sitting here with you on this swing when I’m sad.  I close my eyes really tight and imagine I’m here with you. Sometimes I can almost believe for a second that I am.”

He didn’t say anything for a moment.  But I think there was a tear in his eye.  He patted my knee.  “Hmm,” he said softly.

Sometimes even today I close my eyes and think about that evening– the last one we would get to spend on the porch together, the memory as effervescent as the night. 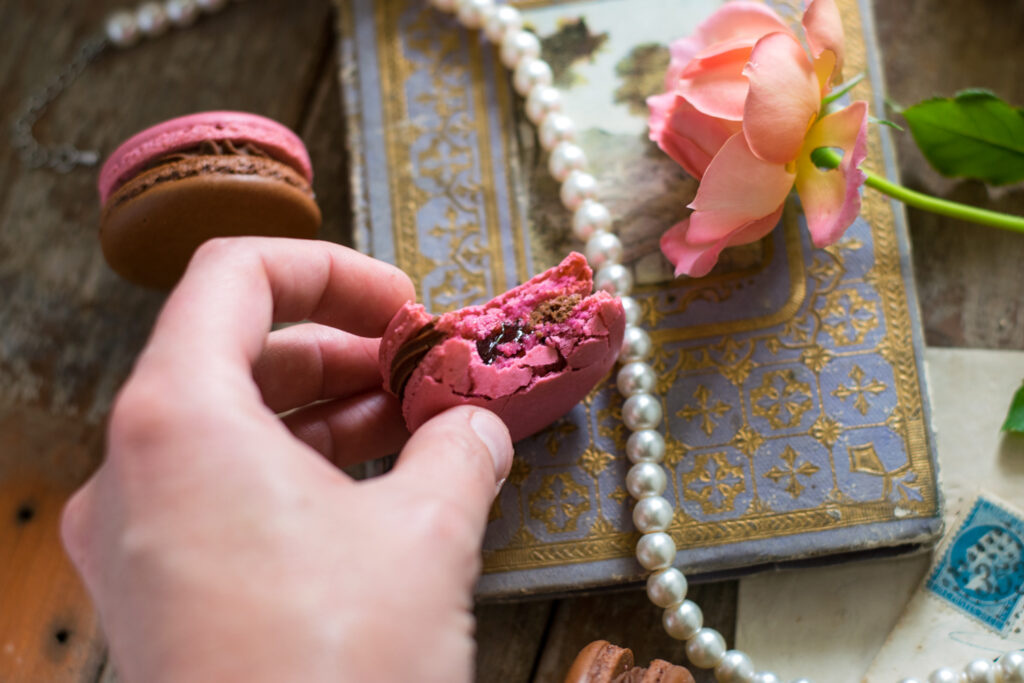 Gram would answer the big cream phone on the wall sometimes with what sounded like “Hyellow.”  Then she’d smile.  “Hmm!  Yes!  Mmmm hmm.  Yes. Mmmm Hmm.  Bye-Bye.”  She’d hang it up and the cord would wrap into a crazy twine of tangled twists, all stretched out from being dragged around the house.

In later years Gram discovered telemarketers, and she was convinced that if someone didn’t answer within the first second of her answering then it was “One of those horrible telemarketers.”  Many times I was taking a breath to say hello after she answered, only to hear the crash of the phone hanging up on her wall on the other end.  If you didn’t answer RIGHT AWAY, then you got hung up on.  So you kind of had to learn how to start saying hello before she even answered so she would hear a piece of it and give you a chance to speak before she ended the conversation as quickly as a beheading.

When you did manage to get through you would mop your sweaty brow and breathe a sigh of relief.  “Oh it’s you,” she’d say thoughtfully.  “Thought it might be one of those horrible telemarketers.”

I gasped, trying to catch my breath from the exertion of cutting her off before she hung up.  “Yes they’re terrible all right.” 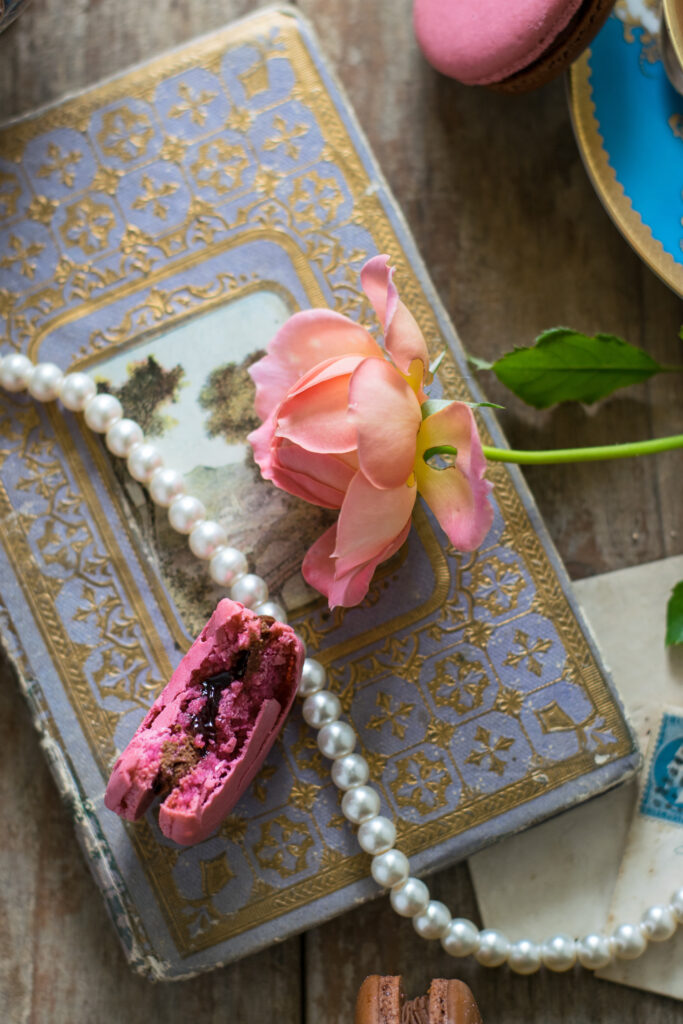 She tried to teach me to make pie crust.  Her fingers flew effortlessly over the pastry, transforming it into art before my eyes.  My attempts were sticky and much too thick.  I couldn’t roll them out nearly as wafer thin as Gram did.  She never told me I did a bad job.  But she’d look and mutter “Hmm,” under her breath.  “Got to keep practicing.”  We made pie dough cookies with the bad crusts.  If they were very bad, we fed them to the cats. If the cats wouldn’t eat them (yes, this happened sometimes with my early crusts), then I knew that I had truly failed pie crust making class.

But I always tried again.  “Hmm,” I’d say, trying to force my fingers to create the devilishly difficult patterns.  “How is this witchcraft to be accomplished?”  I’d finish one, and Gram would inspect it.  You guessed it.  The degree of rumbling in her hmmmm told me how bad it was.  When it was really bad she didn’t even bother to hmm.  She would just slide the plate across the table and give me a new one.  Oh dear.  If you didn’t even get the angry HMMMM then it was very bad indeed.

But I kept practicing.  And now I can make pie crust much more easily.  Certainly it’s good enough for the cats to eat. 😉 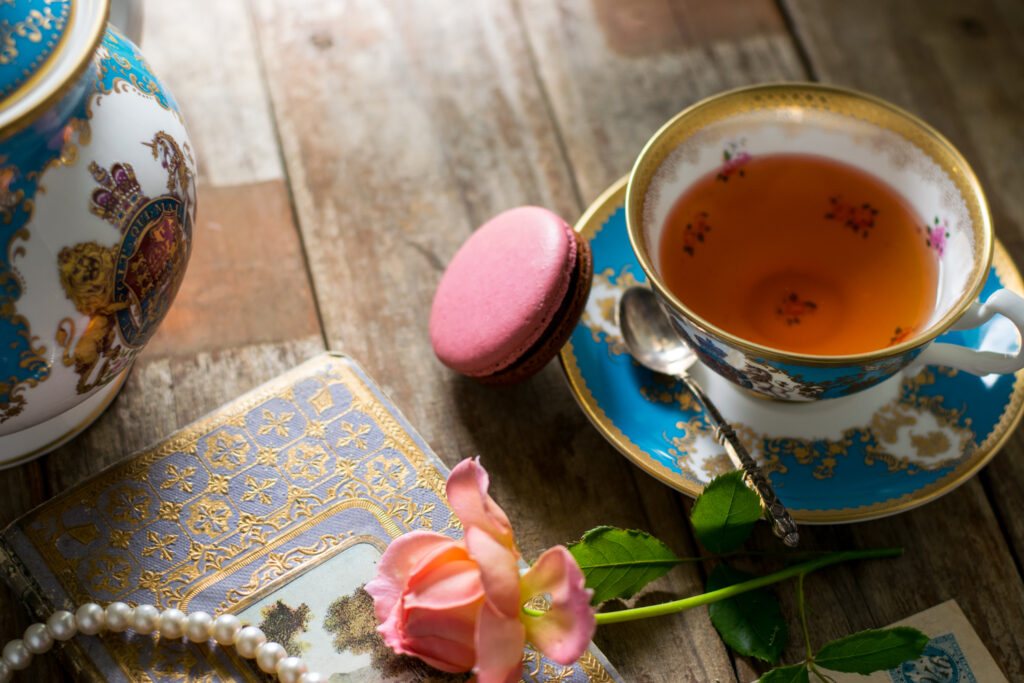 I suppose at the heart of all those Hmmmms and HMMMMMMMMMMMs, whether they were complimentary or a warning to me to shape up, was a quiet, industrious spirit.  My grandparents and my parents worked hard, with few words necessary.  They talked very seldom, while their hands were busy constantly.  I suppose maybe they had only enough energy to get through the gargantuan amount of work they did each day by conserving brain power in sparing words.

But I do know that when they spoke, it meant something.  When they told me they loved me, I treasured it.  When I got my first job, or my first car, or graduated from college, they told me they were proud of me, and they meant it.