Children Without a Voice 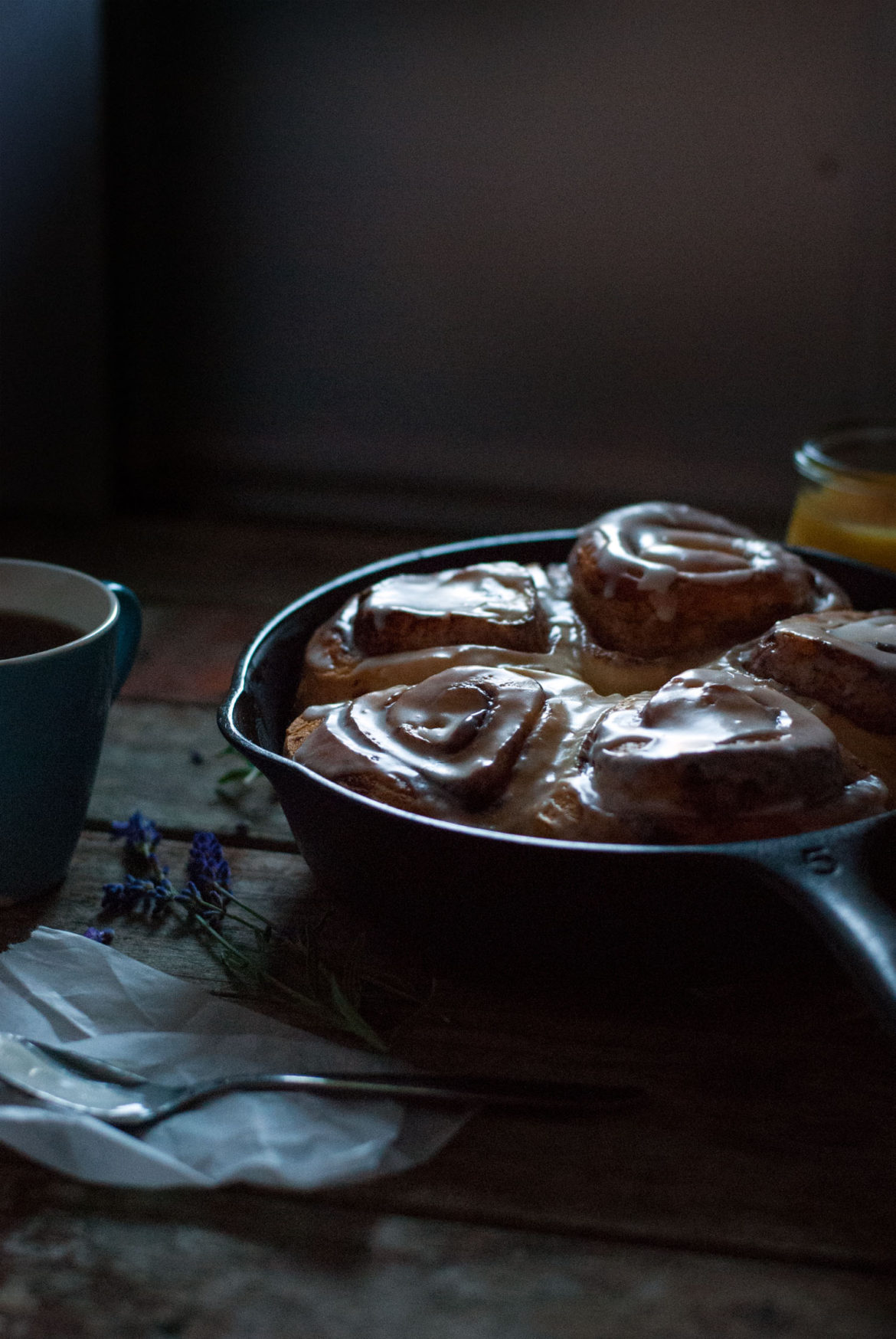 Children Without a Voice

“I’m sorry ma’am, but she doesn’t talk.  You can’t understand or help someone without a voice.”  The dentist stared at me, annoyed that our visit was taking so long.  We had been to 2 medical appointments already that morning, with labs and bloodwork still to go.  And it was only noon.  I reached into my pocket for my emergency “exam quiet” trick– a small lollipop.  She took it and stopped crying.

“Well Mom, this is why she has a cavity.  Obviously children like her should not have lollipops.  Let’s finish the exam.  Hold her down please– maybe you can kind of sit on her.” He instructed a nurse to “hold the child down,” and proceeded to pry open my daughter’s mouth with some sort of medieval looking pry device that even made me afraid.  She screamed in fear and clawed to get free.  The doctor growled, “Will someone PLEASE restrain this child???”

Have I mentioned that my daughter just turned 4 and is a nonverbal, autistic little girl?  I never went back to that dentist again. 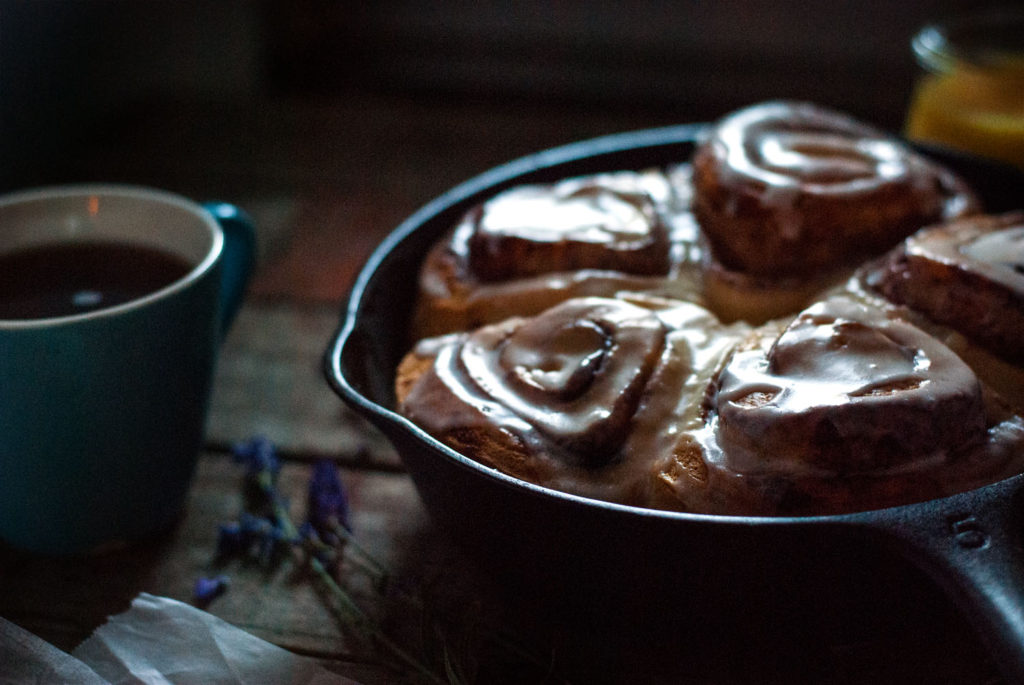 Autistic kids spend a lot of time in therapies, hospitals, and doctors’ offices.  It can be very challenging to diagnose their challenges, at times, because many of them are nonverbal or have extremely limited verbal capabilities.  Often SPD (sensory processing disorder) goes hand in hand with autism.  My daughter has SPD– in fact, most of us have it to some degree– the annoying, almost “Oh my gosh make it STOP!!!” that happens to us when certain touches, sounds, or sights confront us.  Some people are unable to concentrate without having some gum or a mint to chew on.  This is oral sensory seeking.  Others are so perturbed at the sound of sucking/chewing that they are unable to function or concentrate when someone nearby is doing it, and at times these people even experience extreme stress symptoms such as shortness of breath, reddening of the face, and racing of the heart as they try to block it out.

But that’s the thing.  Most people have learned strategies to block these unwanted stimuli out– putting in headphones to drown out the noise, or chewing gum during a test to satisfy that oral craving.  Our brains have learned how to “tune out” the feeling of our pants and shirts touching our bodies.  Our ability to continue to focus on the road at night, even with the lights of cars in the other lane whizzing past us, is another example of how we have learned to cope with the copious quantities of sensory input that flood our lives on a daily basis. 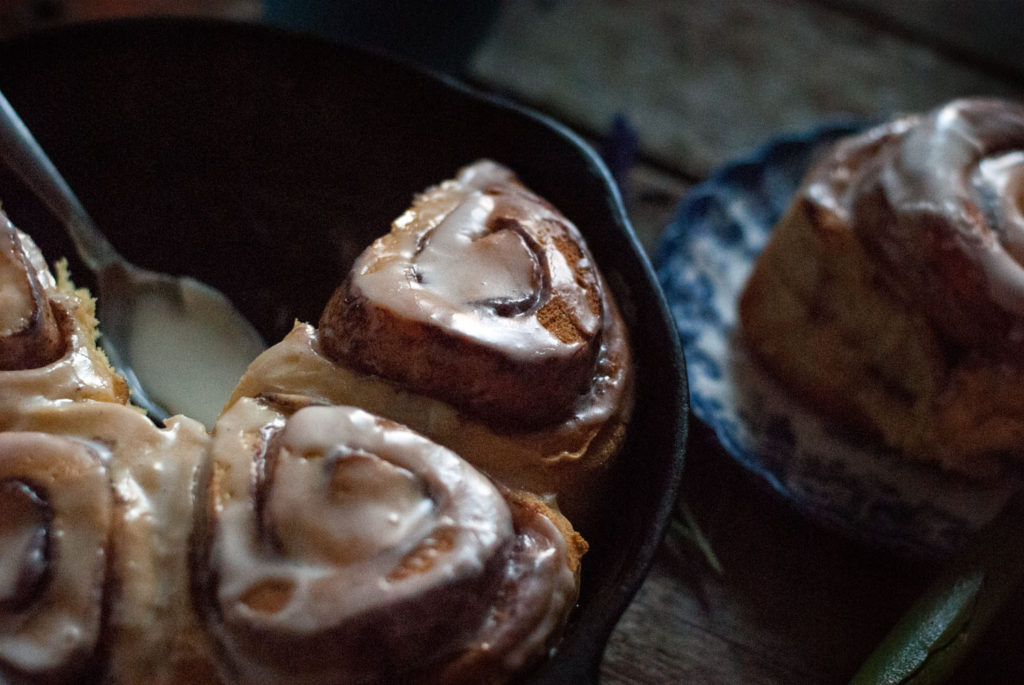 But often, autistic individuals cannot tune out these stimuli.  They hear and see and feel things so much more amplified than most of us can imagine.  I shared a little bit about my daughter’s health issues before.  Imagine being pumped full of sensory input (the wheezy breathing of the person beside you, the ultra brightness of the lights above you, the dripping of the air conditioner, and the feeling of your socks on your feet) without being able to turn it off.  Imagine being filled more and more and more with these drops of sensory input without having the means to release any of it, until your balloon is so full of tension that you feel like you are going to burst.

And on this particular day, after a week full of therapists and doctors and hospitals and labwork and bloodwork and paperwork and every other kind of work you can think of, we were completely exhausted, and then a little bit more.  And then even a little bit more after that– my little 4 year old warrior and I. 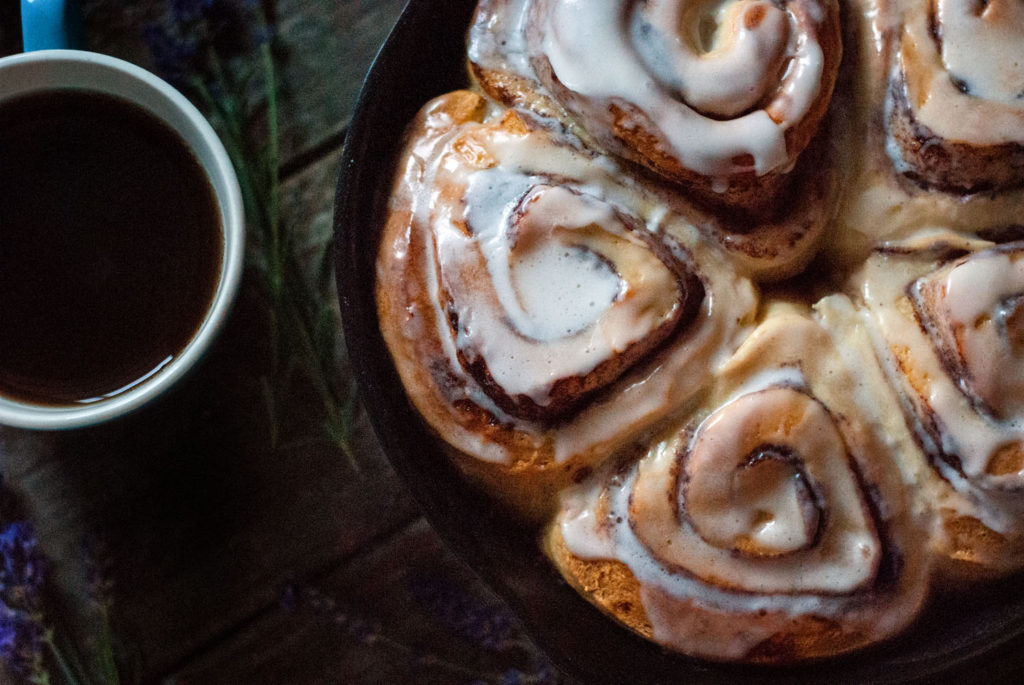 It makes me think of a cold, stormy day in May, 1940.  It was WWII, and the Nazis had pushed the weary Allied soldiers right up to the sea, surrounded, with nowhere to go.  The British and French troops were huddled on the beaches of Dunkirk, France, and surrounding areas, doomed for certain slaughter.  Both the French and British navies were heavily engaged elsewhere, with no chance of rescuing the men in time.  British general Alan Brooke is said to have muttered, “Nothing but a miracle can save [us] now.”

And then, against all odds, that miracle came.

I often wonder who was the first person to spot it– just a little speck on a wild, wind-swept sea.  Then there was another.  And another.

It was one of the greatest miracles of the war.  Hundreds and hundreds of little boats bobbed toward the stranded men.  Some were small merchant vessels which could carry about 100 men.  Others were tiny fishing vessels– able to carry only 4-5 people.  They were captained by grocers and butchers and fishermen and anyone else who could come.  Some of the boats were not landing craft and could not make it to the shore, so the men swam to them, or were helped by smaller crafts to reach their decks.  Some of the captains were no older than 13.  The tiny navy shuttled men back and forth for nearly a week, some of the vessels making as many as 7 trips and never turning back, despite heavy enemy fire.  Some were so full of survivors that they nearly swamped while crossing the stormy English Channel.  One small ship, the Royal Daffodil, was attacked 6 times, with shells coming within inches of her fuel tank, but she still managed to limp back to shore and unload her crew to safety.

The blazing heroism of so many regular, everyday people who displayed such great courage just when it was most needed inspired Churchill (who had been Prime Minister only an unbelievably short few weeks at the time) to bellow triumphantly,

Churchill is rumored to have muttered after he finished this famous speech, “And we’ll fight them with the butt ends of broken beer bottles because that’s bloody well all we’ve got!” 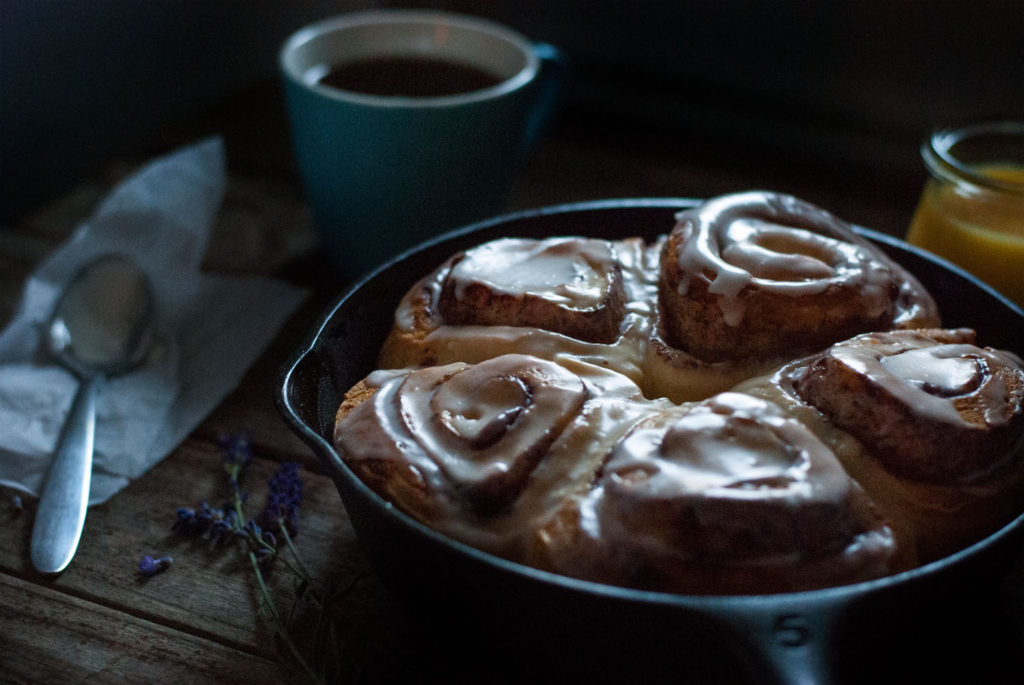 It was one of the most awe-inspiring events in history.  It was a job so big– so scary– so ridiculously important, that no one could do it alone.

So they did it together.

If I could write a children’s book for my daughter, it would go something like this:

“Sometimes I won’t understand.  But I will still love you.

Sometimes you can’t speak.  But I will still listen to you.

Sometimes you’ll be scared.  But I won’t leave you.

Sometimes you can’t sleep. So I’ll stay up with you.

Sometimes you won’t eat. But that’s ok.  I’ll keep trying for you.

I will give my life to you.

I will give my whole heart to you.

I will get older and grayer and poorer, all because I will never stop loving you.

All that ever mattered to me was you.” 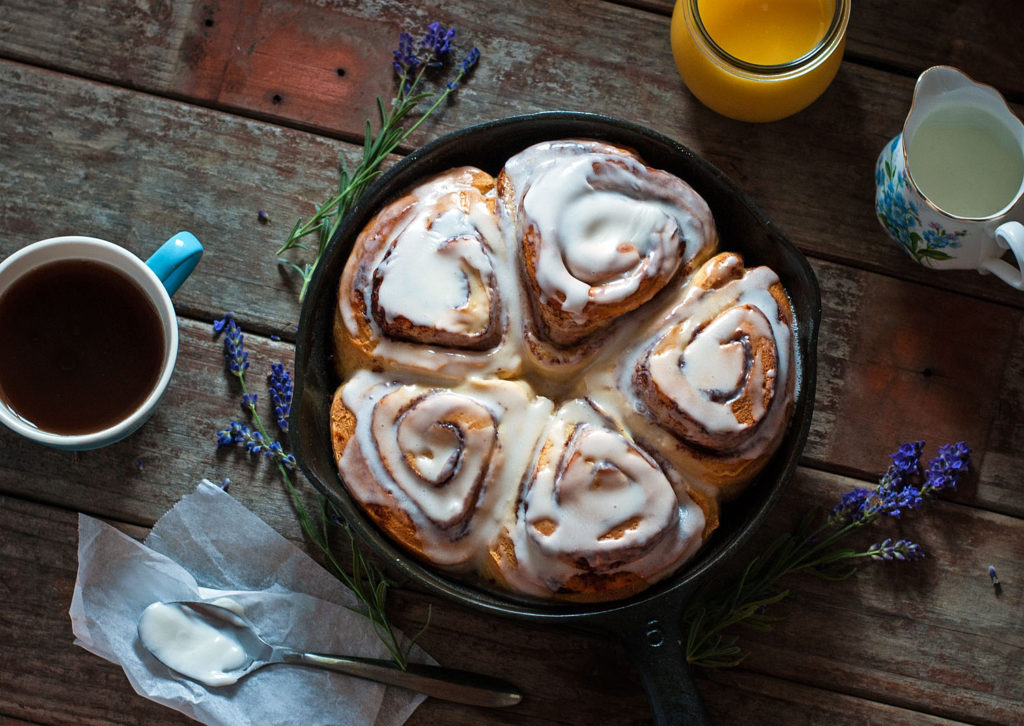 Maybe they don’t have a voice.

But they have you.

We are their voice.  And we will do it together.