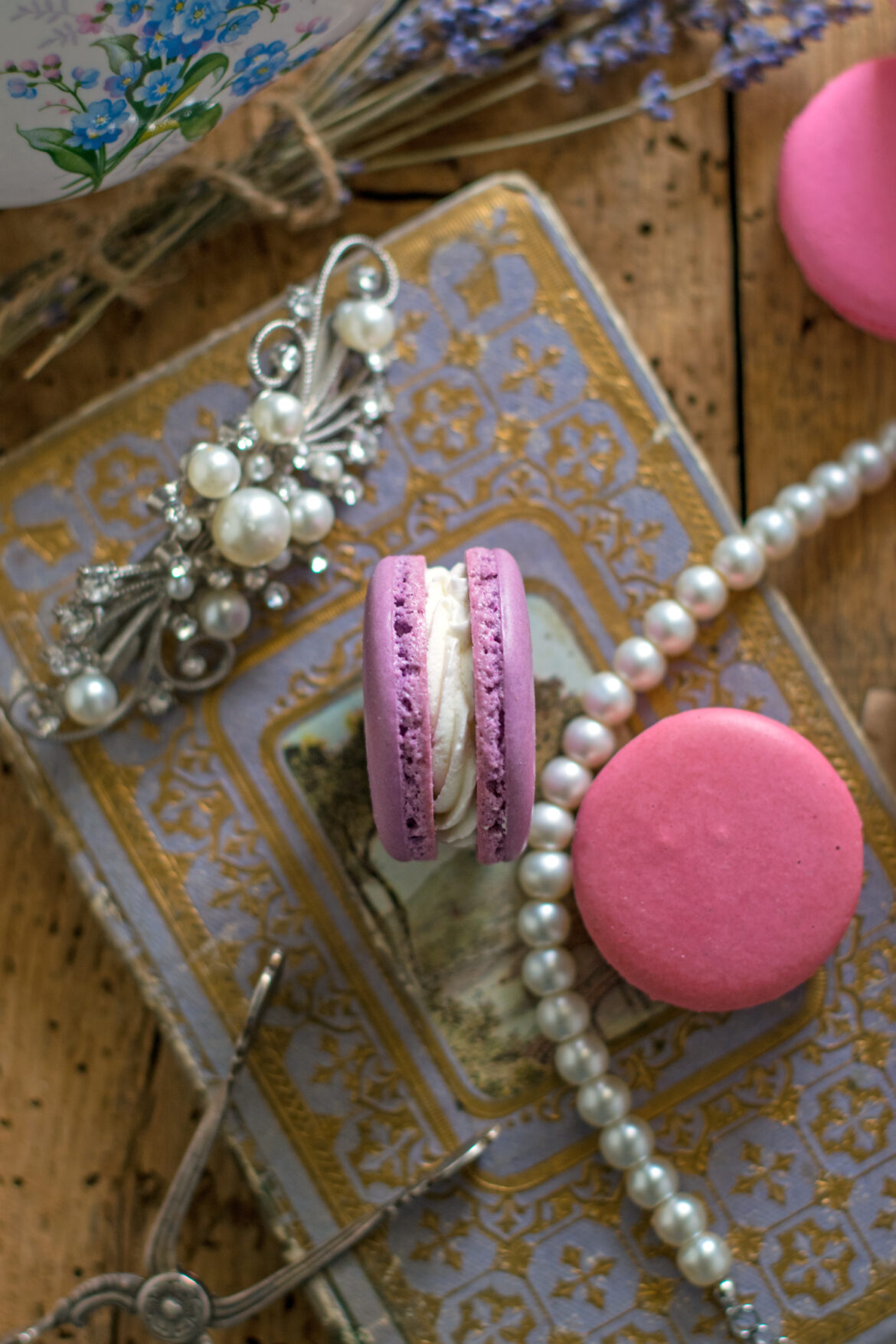 “When I was ten, I read fairy tales in secret and would have been ashamed if I had been found doing so. Now that I am fifty I read them openly.” — C.S. Lewis

Christmas and childhood are like the intertwined roots of two plants long grown together, until you can no longer tell one from the other.  They are inexplicably linked– forever together.  Nothing is ever quite so bright– so magical– as Christmas when you are a child. 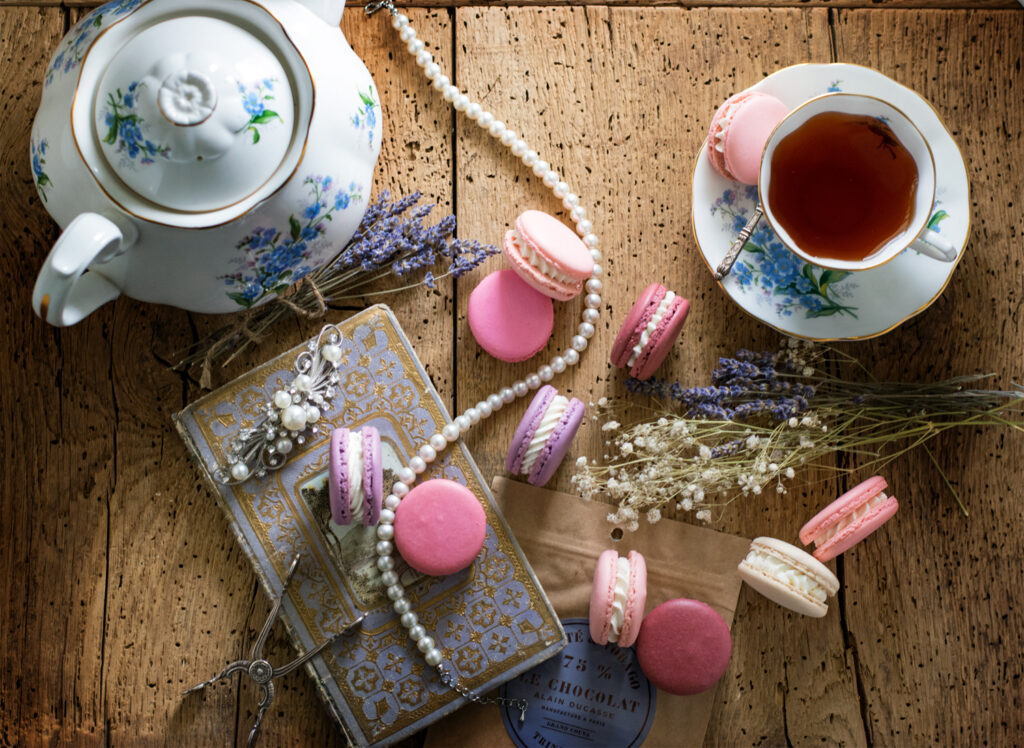 I have snapshot memories of the earliest Christmases– who knows why certain things just “stick” in your brain?  But they do.  I remember huge, colored lights hanging from the barn, topped with a gigantic, shining star hung at the very top, where the barn roof met the real stars.  I remember turning into my grandparents’ farm lane, the tires crunching gravel as we slowly made our way up the lane to the house, glowing warm and bright on the hill.  I knew that Gram would have already heard us coming when the gravel started chuckling– and I knew there would be hot chocolate and pie waiting.

I remember us kids being so excited to see my grandparents that we opened the car doors the second my dad parked, even as he grumbled at us “Wait till I STOP!”  We raced across the yard, the ice cold snow crunching underfoot, lying blue and sparkling in the moonlight.  I remember throwing open the door and feeling the burst of warmth against my chilled face and hands– the smell of onions and celery and roasting turkey.  We would run into my grandma’s arms, and I would marvel that grandmas always smelled so good and felt so soft– even as I pondered the paradox that their softness masked some of the toughest ladies out there– ones who had lived through the Great Depression and learned to work hard and survive, no matter what.  To be hugged by a grandma is to be as comforted and loved as it is possible to be. 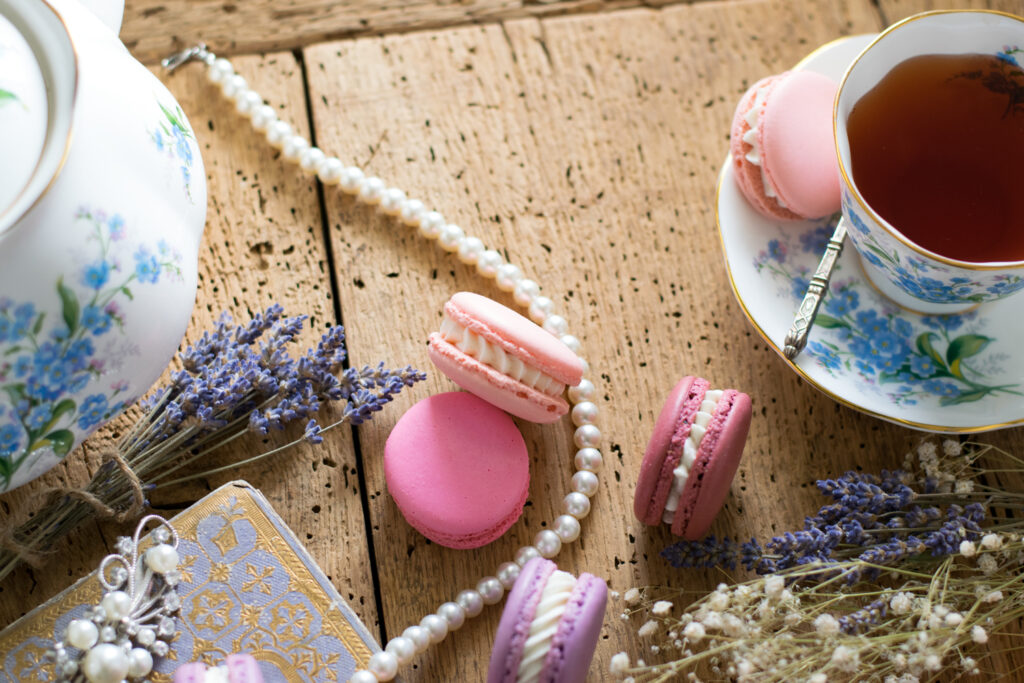 My grandpa was always watching White Christmas, singing along as Bing Crosby warbled his classic refrain.  There were red and green M&Ms in the cut glass candy dish which made its special yearly appearance at the holidays.  The tree filled the house with pine scent, its tiny, snowy village spread out beneath.  Red satin Christmas balls hung from the tree’s branches.  There were old fashioned icicle strands, hung meticulously, one by one.  The same angel always graced the top.  Even as the snow drifted by the windows and the wind howled around the eaves, I knew we were safe and warm and protected inside the old farmhouse.

For years I thought the song “Over the river and through the woods to grandmother’s house we go” was about my grandparents’ farm, which we visited every Christmas over the mountain, across babbling creeks, and past rivers and streams.  Because their water came from the springhouse, when it was winter it would come out of the tap so cold that you didn’t need ice– it would sometimes get frost on the sides of the glass just from pouring it.  We would scrape the frost away with our fingernails, savoring the warmth of the coal furnace churning faithfully beneath us as smoke wafted from the chimney. 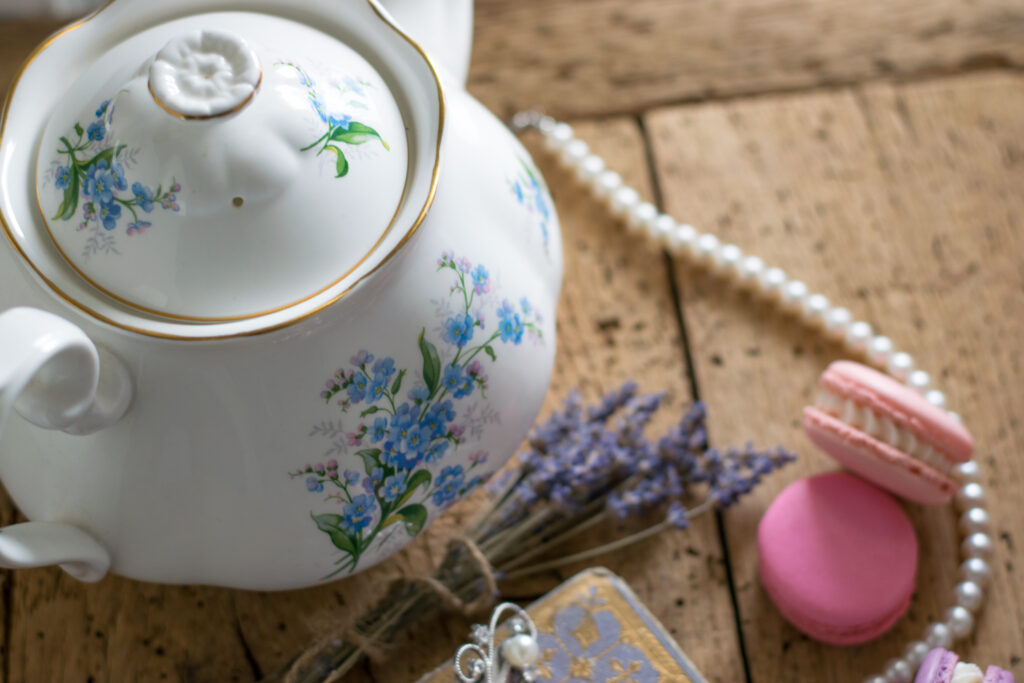 Sometimes I would go down the steep (admittedly, scarily steep) farmhouse steps to the basement, where the furnace lived.  I was equally petrified and entranced by it.  I would creep slowly across the stone floor, looking at the tiny footprints of my mom, aunt, and uncle which had been pressed into the newer portion of the floor when it was poured during their childhoods.  I would step onto the floor and walk across to the old section of the house– the original part, with stone walls made from stones so large they looked like watermelons.  That was where the furnace lived.  I could see its face– glowing red and menacing in the darkness.  I don’t know why, but I was always afraid to speak down there– it was as if the gigantic, fire breathing monster was lying there, barely asleep, just waiting for a child to trip or make a sound before it woke up, roaring. 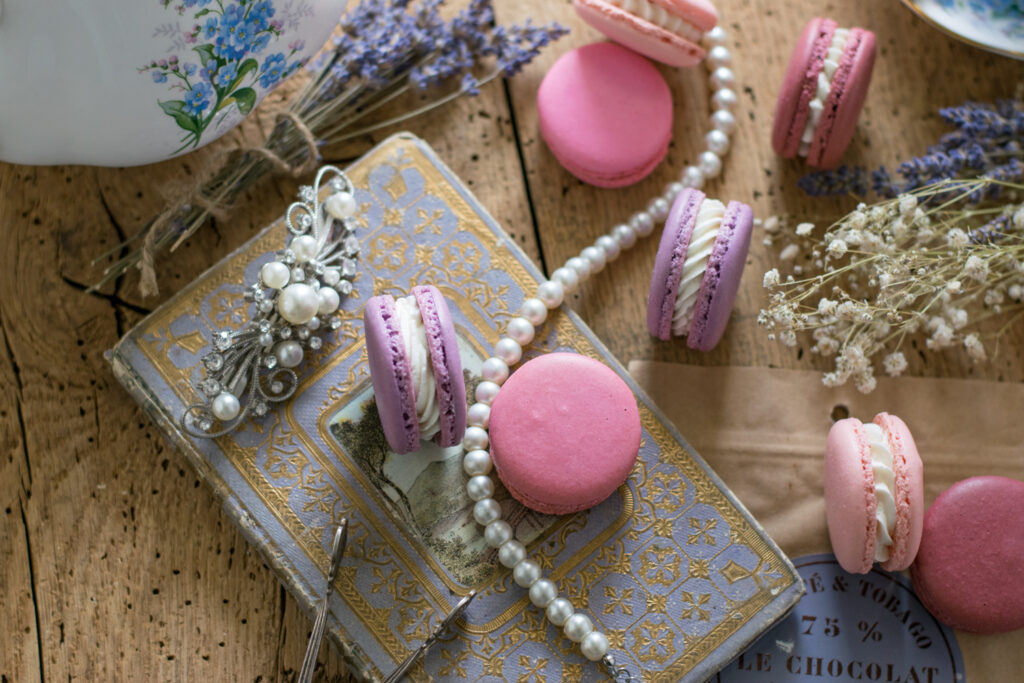 I would tiptoe around the corner to see my favorite part– the coal pile.  I loved looking at the coal pile because it was so sparkly– in the firelight it looked like a gigantic pile of black diamonds.  Each facet of the coal would catch the light, sparkling back at me.  There was an old, worn out broom standing against the wall, its bristles completely worn down on one side from years of someone sweeping with it in the same direction.  There was an old stump with a hatchet in the center, and a small pile of kindling wood.  There was a huge, blackened shovel.  But my eyes couldn’t resist those black diamonds.

I would sneak over to the pile, taller than I was, and pick up a single piece.  I would turn it right and left, marveling at how it caught the light.  Later when I learned in science class that diamonds are made from coal, I believed it– I had already seen the sparkle and felt their fire for myself. 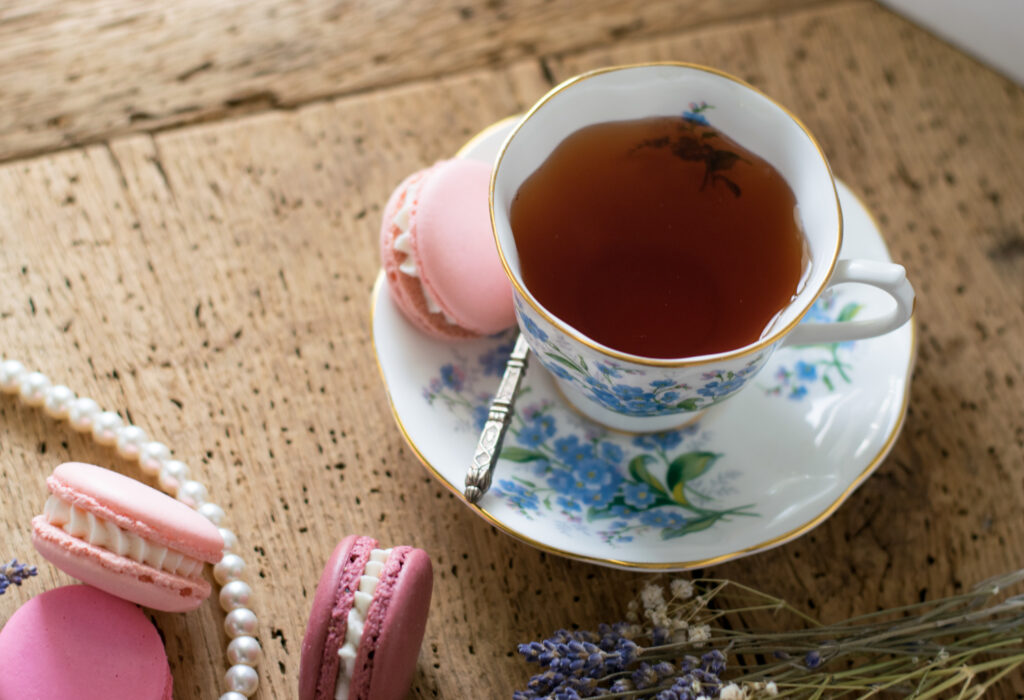 But like most cursed treasure, this one couldn’t be touched without leaving a mark.  I would always try to be so careful– touching the piece with just my very fingertips, but it always, ALWAYS left huge black smudges on my fingers.  I would look back at the furnace, and getting suddenly afraid of its glowing orange eyes in the darkness as I contemplated the pile of dark treasure, I would race back up the stairs, my heart thudding in my chest.  When I reached the warm comfort of the kitchen again my grandma would say, “Let me see your feet and hands.”  And always, no matter how hard I tried to wipe it off, there was the telltale black mark from the coal all over me.  Gram would just purse her lips and lead me over to the sink, where somehow, as if by magic, she could always get off those stains that wouldn’t budge for me. 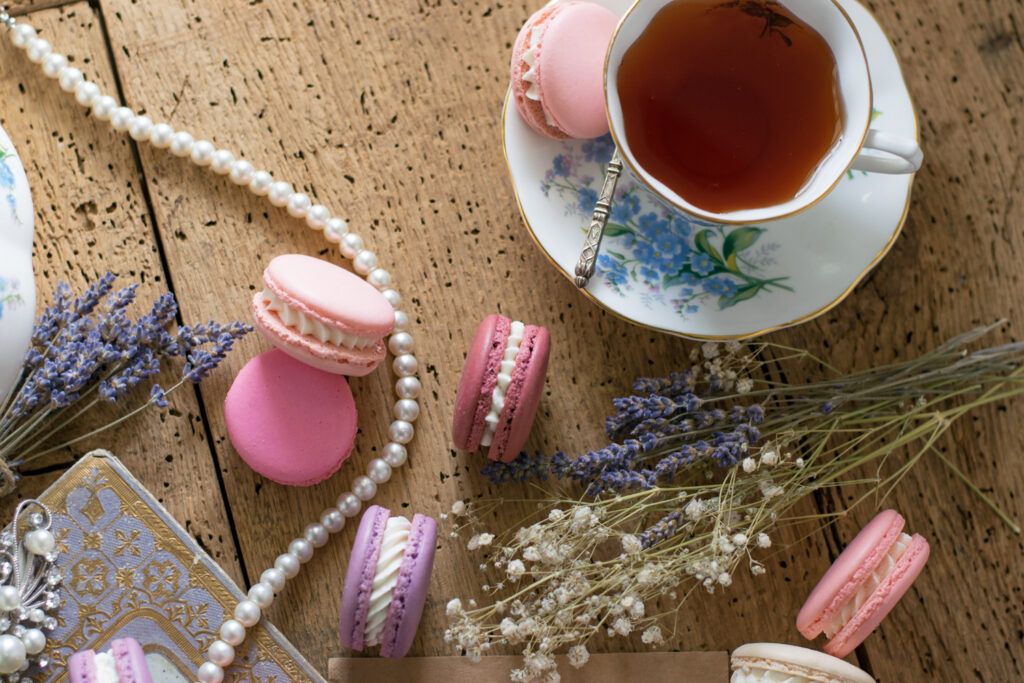 I think about the simplicity of those times– watching my grandma’s hands, worn from decades of hard work– preparing the meal.  The hands of my mother and aunts, working right beside her.  I watched their hands move across pie crusts, fluting the edges with such deftness that their fingers looked like machines.  The crusts were always perfect; rolls were formed with the same deftness, coming out exactly the same size, perfectly formed every time.  Those ladies made a banquet without recipes– a taste here, an adjustment or a sprinkle of something there.  And they always made sure that everyone else had full plates, full water glasses, and all the condiments needed before they finally allowed themselves to eat.

Sometimes love is loud, and sometimes it is quiet– enduring– serving.  Sometimes it is big and bright and grand– with a house so full of boisterous family and friends that you step outside just to grab a breath of air so cold it slices your throat on the way down.  And you lean against the house, your breath coming in gusts of warm steam that prove you are alive . . . and you listen to the laughter and the screeching of kids running and playing.  You listen to their mothers encouraging them to be quiet but not really meaning it . . . of the breaking of something or other . . . and you just smile. 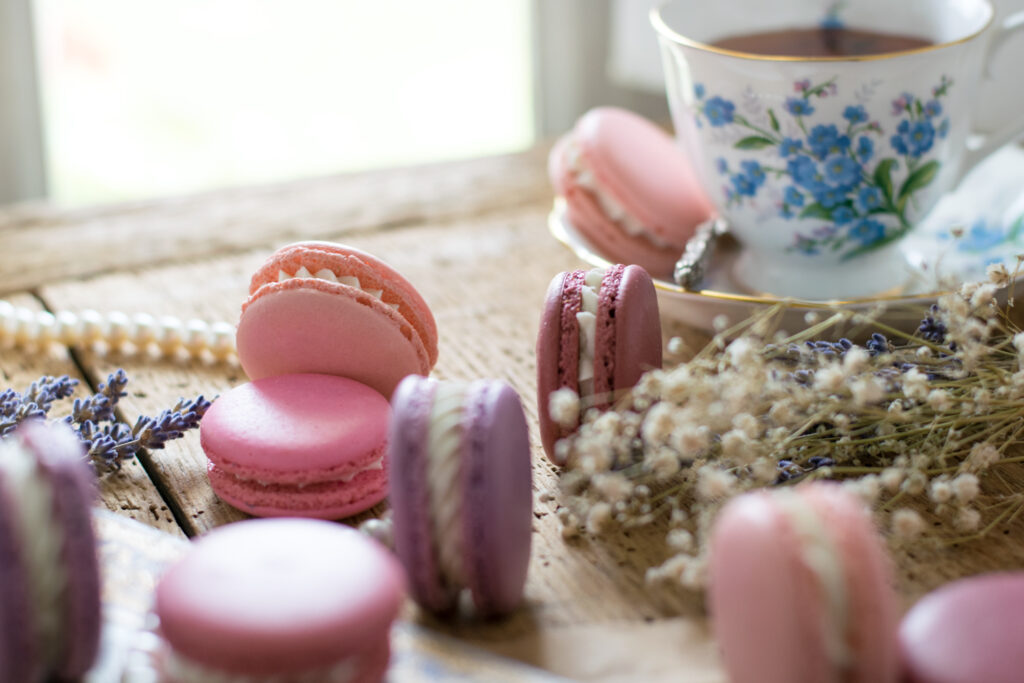 Other times love is quiet.  It is wrapping your nephew’s gifts before packing them into shipping boxes, because you know he loves to open them.  It is teaching your parents how to use skype so that they can have a hot chocolate party together with the grandkids, even though apart.  It is calling your grandma and talking for longer than you really have time for, because you know she is lonely this year.  It is making the best out of whatever you have to show those you love just how much they mean to you– not just this year, but always. 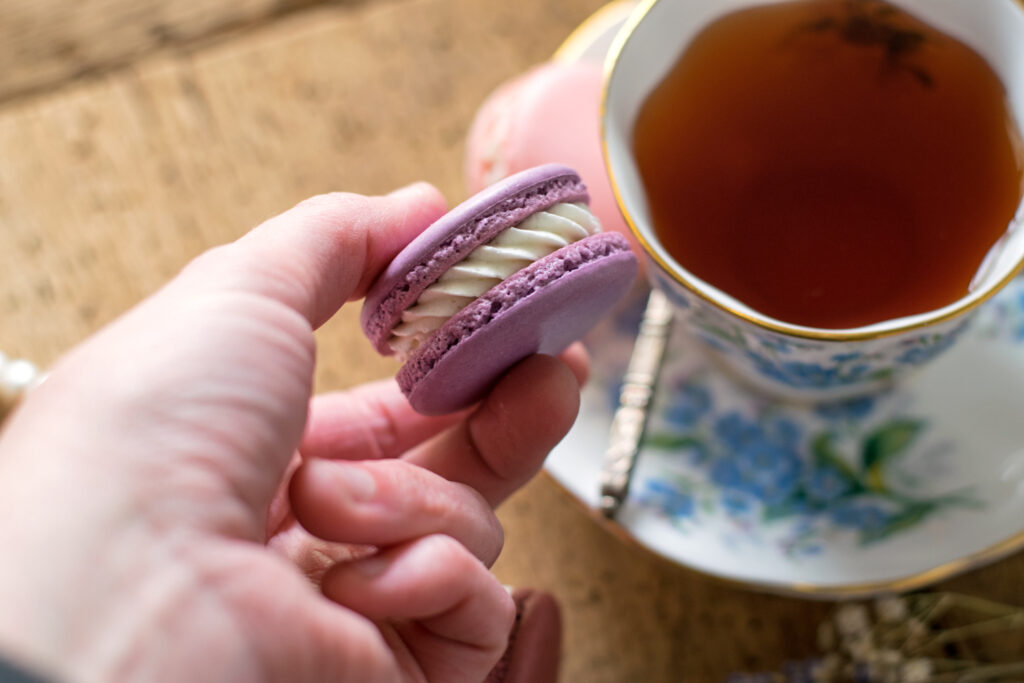 “He puzzled and puzzled till his puzzler was sore. Then the Grinch thought of something he hadn’t before. Maybe Christmas, he thought, doesn’t come from a store.

— How the Grinch Stole Christmas