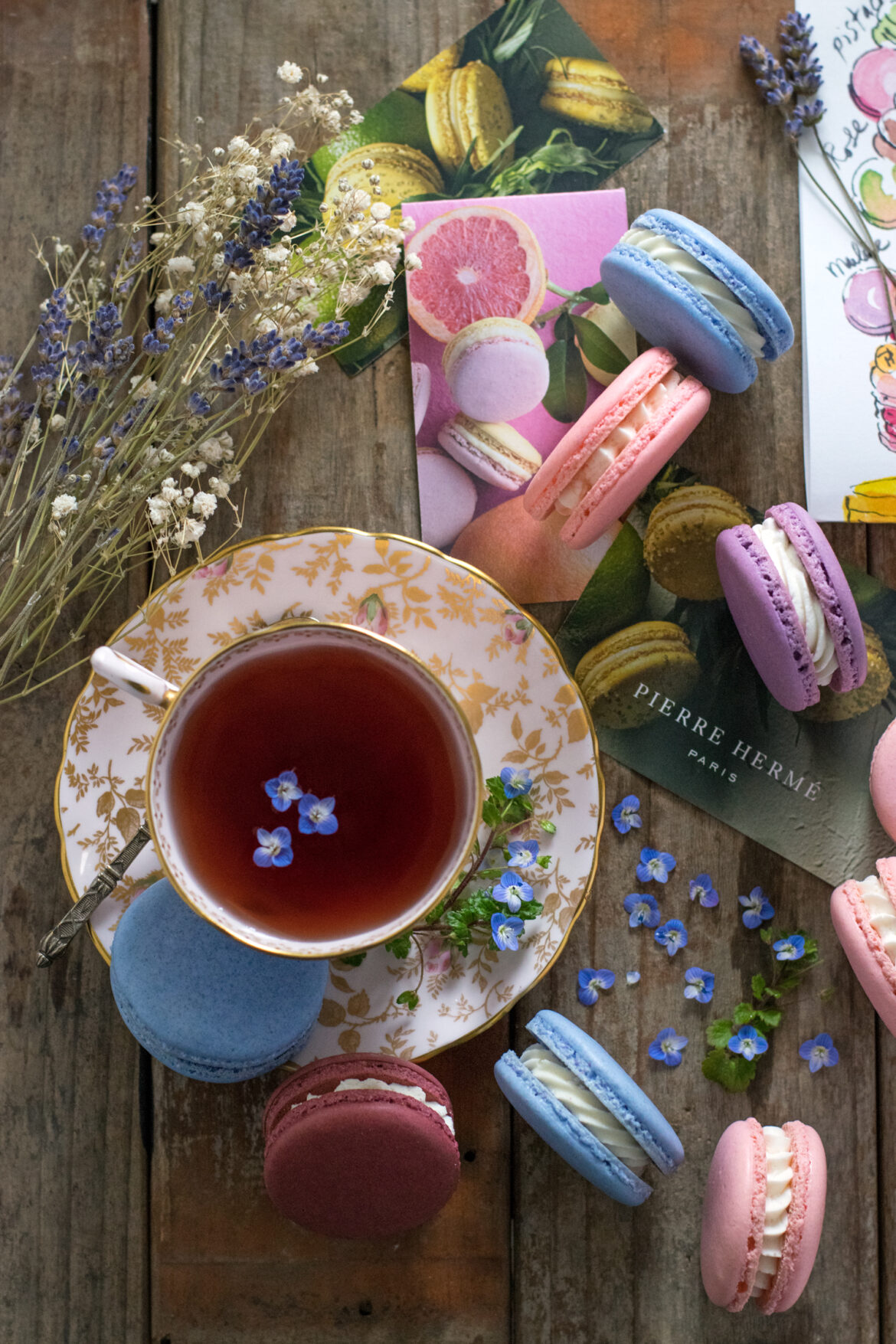 It was an unconventional choice.  In a small rural community where guests were always offered cups of steaming black coffee, hardly anyone ever asked for tea.  But Carl always did. 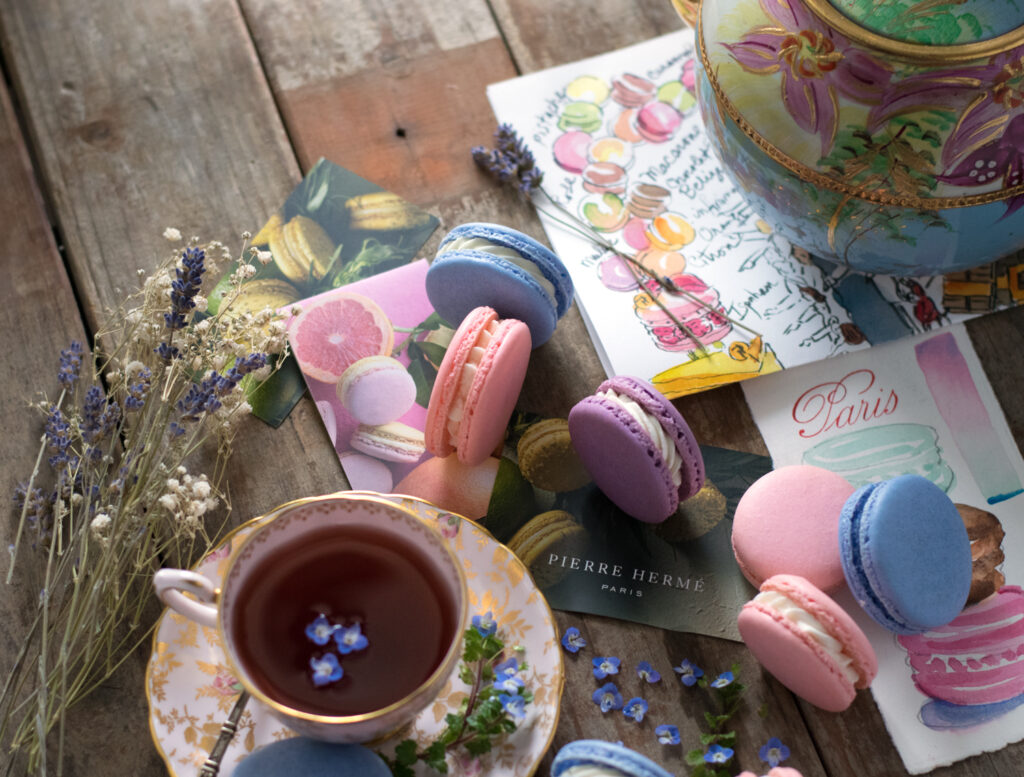 He was a huge giant of a man, with big, broad shoulders and skin weathered a deep brown from years of working in the sun.  He always wore bib overalls.  His hands were rough and strong, with fingers as thick as sausages from a lifetime of farm work.

He lived in a sunny yellow house with a generous front porch– the house he had grown up in and where for years he had faithfully cared for his aging mother, bringing her cups of tea on the porch and adjusting her pillows when she wanted to change positions.  Carl’s mother had long since passed away, but his devotion to her remained– he kept the house exactly as she had always kept it, down to always purchasing the brands of coffee and sugar she always used. 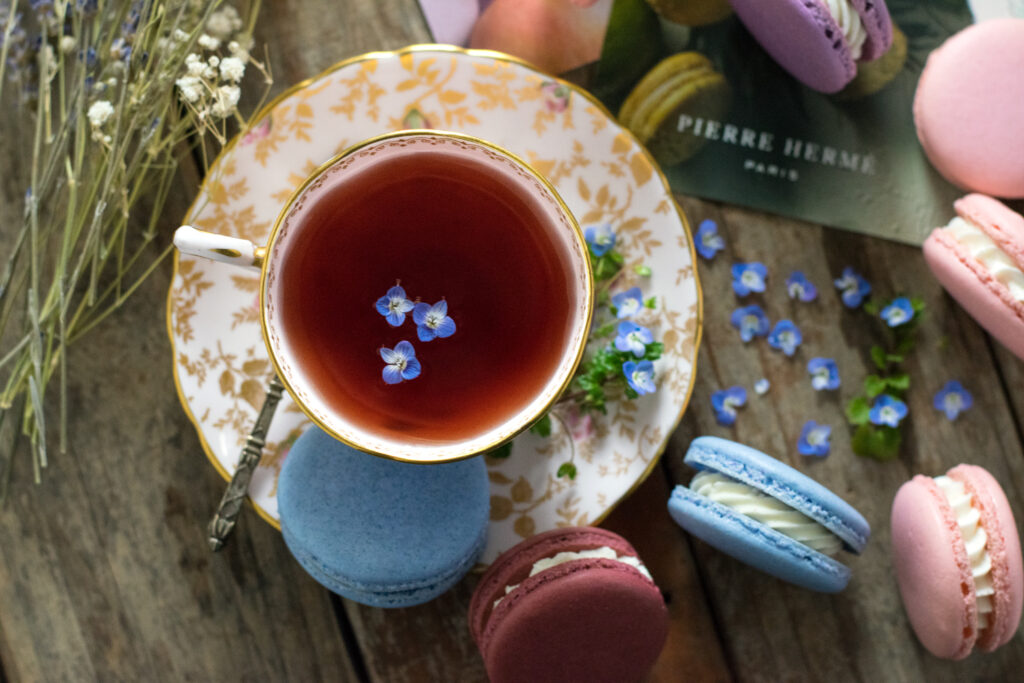 For a large, broad-shouldered man he was surprisingly soft hearted.  He loved cats and would spend hours sitting on his porch, tempting the barn cats over with bits of meat and other treats.  In time they trusted him and would let him sit there by the hour, stroking their ears.  If anyone else came up onto the porch the cats would all bolt into the brush.  Carl was the only one they trusted.  He was the only one who had put in the time to earn it.

He drove an old beat up pickup truck, always.  It was blue with a red door salvaged from the junkyard.  It had rugs covering the seats, and it smelled like motor oil and diesel fuel and the outdoors.  The windows were always down.

We would hear him long before we saw him, the gravel crunching beneath his tires as he meandered up the winding farm lane.  Gram would lift her head from whatever we were doing– making pie crust or snapping beans or washing dishes– and say, “That’ll be Carl.  Let’s put the kettle on.” 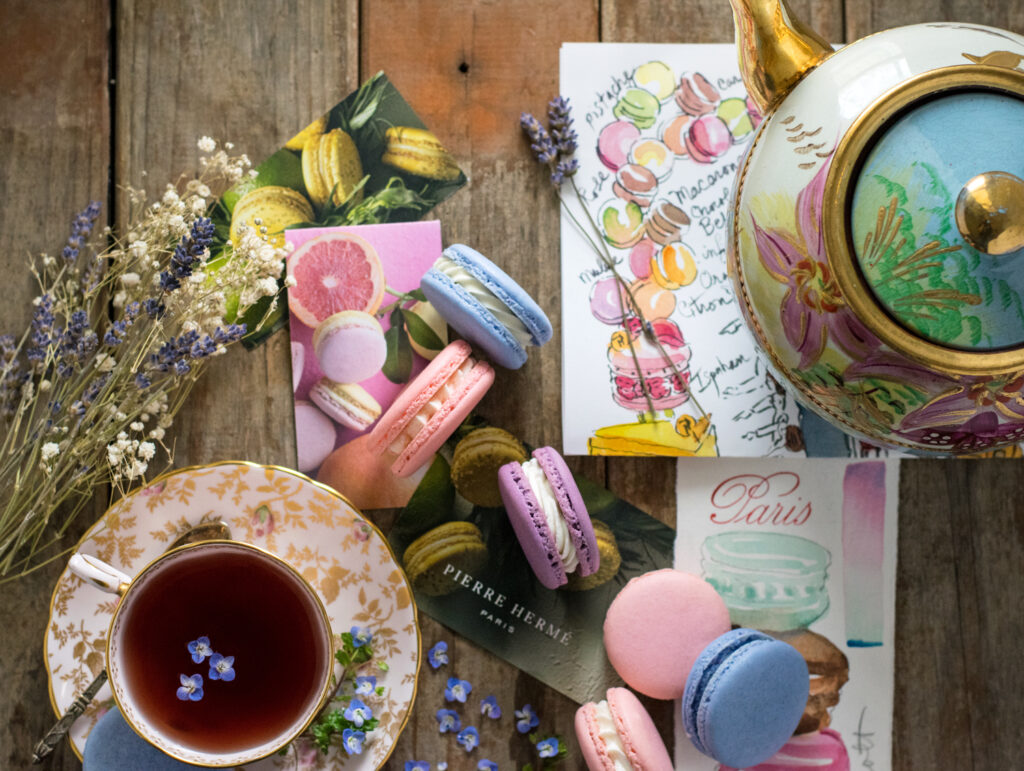 We never used the microwave for Carl’s tea.  We always used the kettle.  Carl would stop outside, turning off his old pickup and slowly heaving himself out of the cab to walk over and talk to the farmhands.  They would all lean on the back of his truck bed and gaze into the depths of it– it was always a treasure trove of rusty old cans, nails, junk of all kinds, and assorted rusty car parts.  Nothing ever seemed to fall out while he was driving– maybe because he drove so slowly.  The truck would softly sigh and settle back down into quiet, the smell of gas still whispering in the air.

The men never rushed.  They would stand there and talk, leaning their elbows on the back of that old truck. Carl’s voice was deep and his laugh generous.  It felt like it started deep down at his toes and reverberated out of his massive chest, almost causing the ground to rumble.  After examining whatever machine was up on blocks today, or taking a look at the day’s project, Carl and the guys would slowly head toward the kitchen and lunch.  No one ever told Gram how many mouths there would be to feed– so she was always prepared for an army. 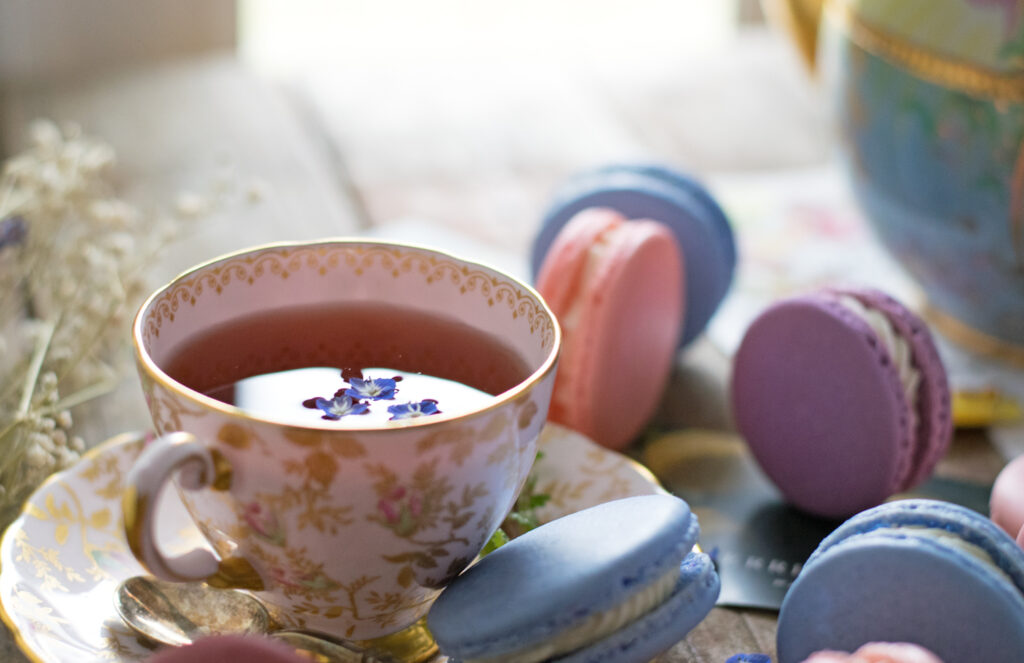 We set the table with the green Melmac dishes.  There was Oneida atomic star silverware and aluminum tumblers worn almost white, their colors barely showing through.   We filled them with ice cold spring water from the spigot, whose source was the springhouse only about a stone’s throw away.  We plunked a few ice cubes into each glass, watching as the shiny metal sides beaded up against the summer heat with the chill of the water inside.  We put a pitcher of milk and the butter dish onto the table.  We lay down the faithful cast iron trivet in the center of the table, a waiting landing pad for the hot pan of whatever was coming off the stove for the main course.  We pulled up chairs so that everyone had somewhere to sit, at times so crowded that we were almost elbow to elbow.  But somehow we always made room. 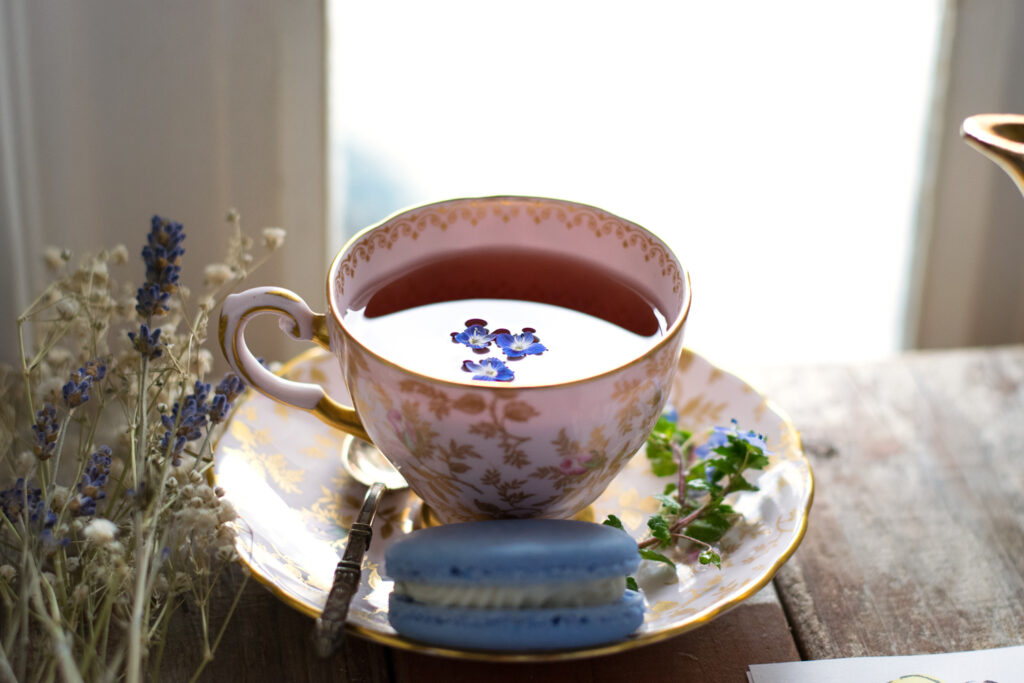 When dinner was over the men had cups of strong, black coffee.  Coffee time was a rare break from the work of the day, and they drank several cups– each gulped down meditatively, a large mouthful at a time.  But for Carl there was a chipped white mug– his mug– and a Lipton teabag.  In fact, I never knew that tea came in flavors and types other than Lipton until I became an adult, because that’s what Carl always drank.

The kettle would start whistling.  I was fascinated by the explosion of steam that came out of its nose.  Gram would take the kettle and pour a steaming cup of hot water over the familiar red and lemon yellow Lipton teabag.  Carl would never add anything to his tea– he drank it straight, hot, and black.  He would sip it meditatively, closing his eyes and smiling as he inhaled the aroma.  He used that same teabag for at least one, and sometimes two refills.  At the last cup he would fish the teabag out with a spoon and wrap the string around and around, pulling it tightly to squeeze out every last bit of flavor. 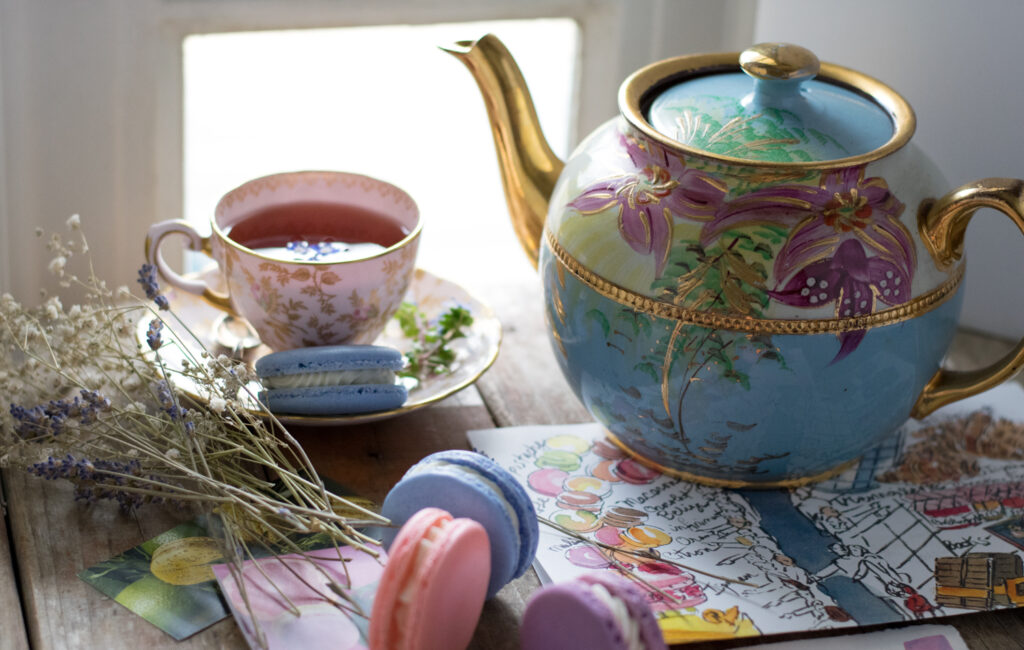 I used to watch Carl when I was young– equal parts fascinated and terrified of him.  He was so huge and intimidating, with his grizzly bear frame and deep, reverberating voice.  But he was gentle too, coaxing the kittens out of the flower beds and gently stroking their ears with a big, meaty finger.  He always had time “kitties” and for us kids– helping us fix our bikes or even, at one point, working with my grandpa to create a double bicycle that they welded together out of two single ones, just so we could sing the song “Bicycle Built for Two” and be the coolest kids on the block.

For such a big man, Carl was also very shy.  He would blush at the drop of a hat, a rosy hue not always noticeable due to his deeply tanned face.  If anyone told him he looked nice after a haircut or complimented him in any way, he would blush scarlet and look at the floor.  Every time I see the character “Bashful” in Snow White, I think of Carl, because that’s exactly how he looked. 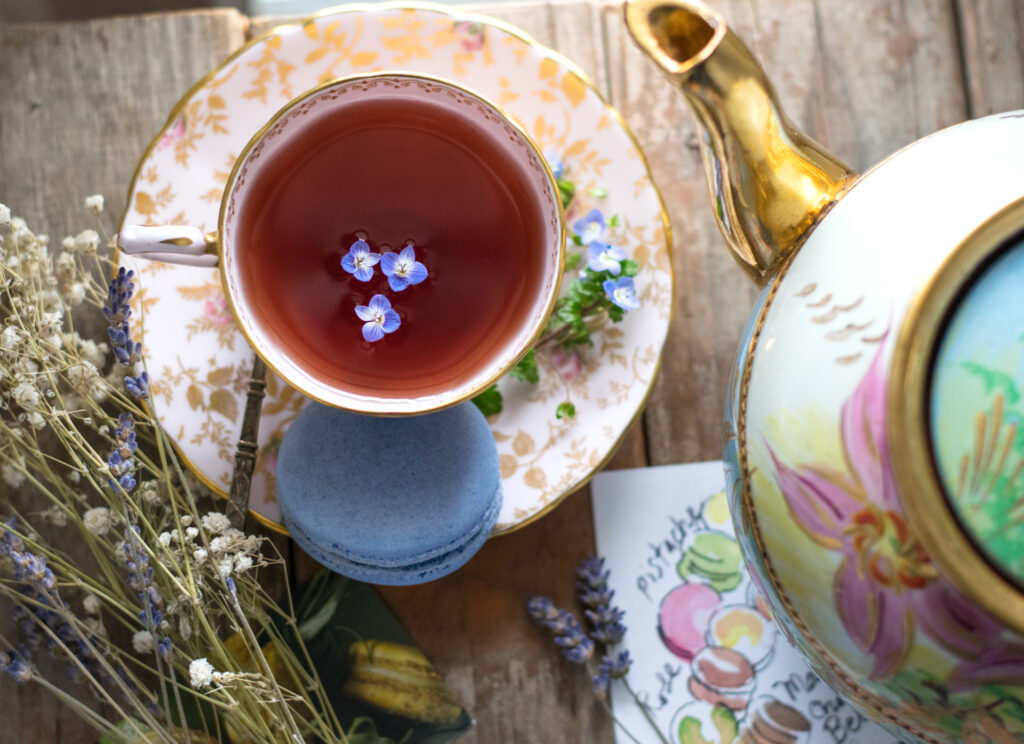 He came to church every Sunday, the hymnal looking almost like a child’s book in his enormous hands.  He sang a deep, gorgeous bass, rattling the floorboards with his lower register.

He and my grandpa were best friends always, and the old blue truck rattling up the lane was a familiar sight.  They would work on projects together, go to the parts store together, or just sit there and do nothing together.  I once came out and found them sitting on stools around some sort of tractor part, just looking at it.  They weren’t even talking– just sitting there staring at that piece of machinery.  Their friendship was long and comfortable, and words were not always necessary. 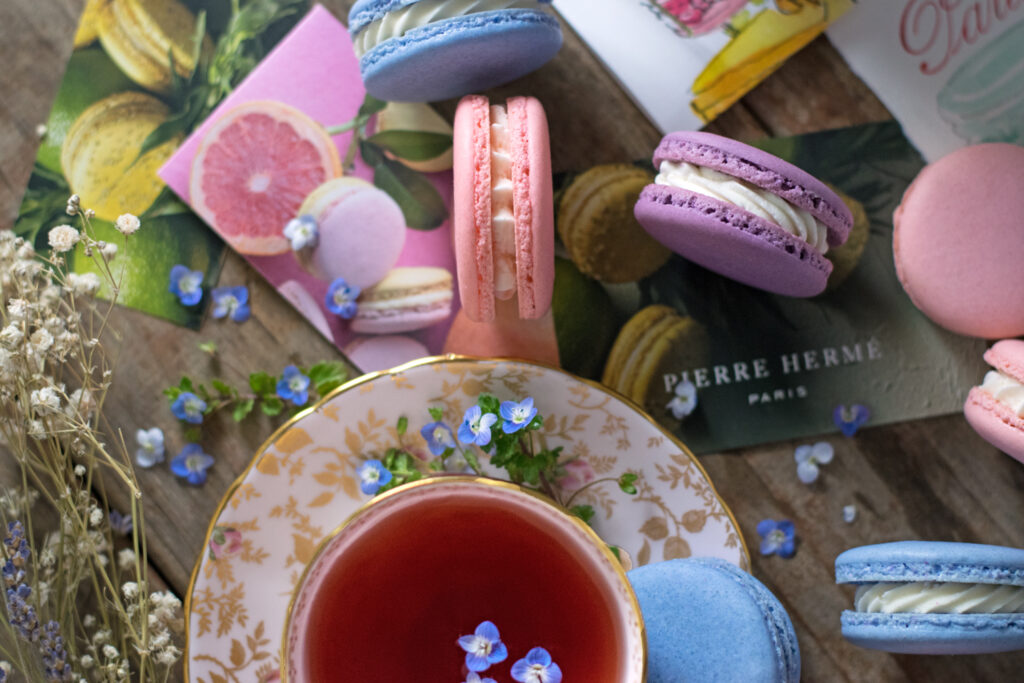 Carl grew up going to the one room schoolhouse in Entriken PA with my grandpa as boys, and they forged a friendship that lasted almost 70 years until my grandpa’s death.  They walked to school together, played together, grew up together, farmed together, and in the end, were buried together, in the same old stone church cemeteries where their parents and grandparents slept peacefully.

It was a fitting ending to a beautiful friendship.  Both my grandpa and Carl would have wanted it that way. 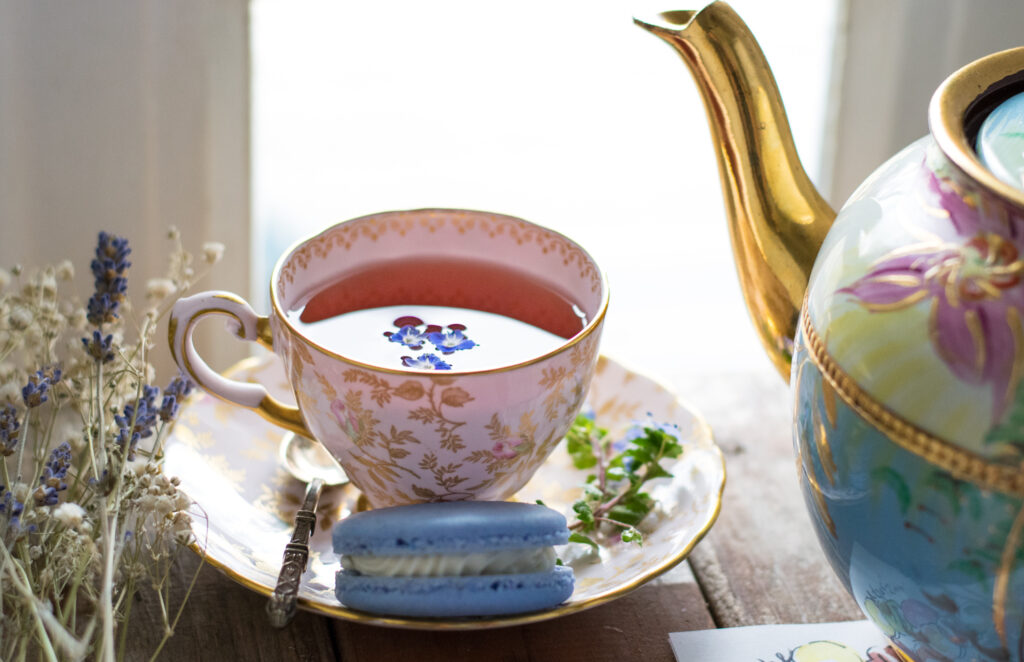 I hope they serve tea in heaven.